Fasting and Breaking the Fast in Islam

Fasting and Breaking the Fast in Islam

Peter Heine, author of The Culinary Crescent: A History of Middle Eastern Cuisine 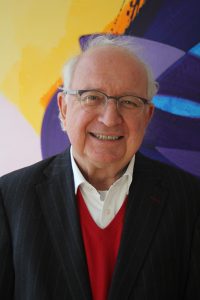 One of the more important religious aspects concerning the culinary culture of Muslims is the command of fasting during the month of Ramadan. During this holy month Muslims try to live more strictly according to Islamic rules, to avoid quarrels and to try to solve conflicts within the family and neighbourhood. Congratulations are exchanged by saying: Ramadân mubârak (Blessed Ramadan) and in modern times one sends Ramadan-cards to relatives and friends who are away. In 2020 Ramadan started on 24th of April and ends at 23rd of May. During that period Muslims of both sexes must abstain from all food and drink, smoking and sex from a prescribed time in the morning to a given time at night. Then the fast is ‘broken’. The Arabic word for breaking the fast is iftâr. In many parts of the Muslim world the time for iftâr is traditionally announced by the shot of a cannon. In small cities and villages young men walk around beating drums or blowing horns to signal the end of the daily fasting period.

Following the example of the prophet Muhammad people break their fast with three or seven dates, followed by some pieces of fruit such as apples or melons. Men then go to the mosque for evening prayer. After that they go for dinner. Nowadays, it has become complicated because of an unwritten etiquette that requires grown-up children to visit first their parents for the iftâr, then their older brothers and older members of the family for subsequent evenings. Later in the month they are visited by all those they have visited in reciprocity.

There are also public performances of iftâr. Charity organisations and Sufi brotherhoods prepare open banquets for the poor in the streets or in special tents erected in parks or on the banks of rivers. Political parties throw receptions for party members and important personalities. Heads of state, governors and other people of political, religious or economic importance do the same. Mosques and public buildings are decorated with coloured strings of lights, and there are fairs with carousels for children. The feasting continues all night long. In the early morning, just before the beginning of the next day‘s fasting there is an opportunity for an early breakfast.

The Iftâr is also a topic of neighbourly-relations. Dishes are exchanged between neighbours, or rather between the women of the neighbourhood. It can sometimes turn into a competition between the women about who has a better or new recipe. The preparation of the iftâr meal is the duty of the women of the family. Men are not normally present in the kitchen. Women start to prepare for Ramadan weeks before fasting starts. Well in advance, they buy all the ingredients that are needed for the many meals during Ramadan. Experience has taught them that prices for food start to rise higher as Ramadan draws closer. This is particularly the case with ingredients for special Ramadan dishes, such as dates, almonds and pistachios, sugar, honey and other ingredients. Meat can also be particularly problematic: in some Arab countries camel meat is traditional during Ramadan. But it has become rare and expensive, because it has to be imported, usually from Somalia. Sheep is not so expensive. The living animals are bought, taken home and kept there until they are slaughtered (in big cities this can even be done on balconies or roofs), and the same applies for chicken. In Yemen, many people buy special baskets, to be hung from the windows of the multistoried houses.

The women start cooking for the iftâr meal so that it is ready when the men come from the mosque after their evening prayers. This means that they may be busy hours before the meal, without being able to taste the dishes. They are normally experienced cooks who have been learning how to prepare different recipes since childhood. Every women has her own individual style of cooking.

When the fast is broken, before starting to eat, Muslims say Bismi- Allahi r-Rahmâni r-Rahîm. In some regions it is customary for one place at the table is kept free for an unexpected guest. The quatities that are prepared are enormous, at best twice what is needed. Traditionally women do not participate at men‘s table. Instead, they, their childeren and any servants eat their meal in another room. The iftâr menu often starts with a soup, because it helps with fluid intake after a day without food. A famous soup in Morocco is Harîra. After the soup there might be a dish of egs followed by meat, vegetables, and pastries. Sweets are bought in the bazaar and served after the meal.  There are no special drinks, but after the meal tea and coffee, Turkish or Arabic, are usually served.

A famous soup in Morocco is Harîra: Heat some oil in a large pan and fry 2 finely chopped onions and a 500g lamb shoulder, cut into bite-sized pieces, until the onions are translucent but not browned. Add a pinch of saffron threads, a teaspoon of ground turmeric, finely chopped root ginger to taste (perhaps one teaspoon) and one litre of cold water. Bring to the boil. Then tip in a can of dried chickpeas and simmer gently for 30 minutes. While the soup is heating up, in a blender blitz together 5 fresh tomatoes with their skins and seeds removed, a bunch of flat-leaf parsley and leaf coriander, and add these to the lamb onion and chickpea mix, together with 250g of red lentils plus a punch of black pepper and cinnamon, and cook until the lentils are soft. As a finishing touch, boil small soup pasta shapes (e.g. orzo) until they are al dente (around 3 minutes), drain and add to the soup. Season to taste with salt and serve in deep bowls topped with 3 dates (preferably fresh) per person. The three dates may appear strange, but the custom follows the example of Prophet Muhammad.

Here is a beautiful and popular recipe with aubergines: Roast 2 large aubergines over a grill until the skin has blackened and the flesh has turned soft. When they have cooled sufficiently, scoop the flesh from the burned skins (discard the latter) and chop it as finely as you can. Put the chopped flesh into a bowl and mix it with the juice of half a lemon, 3 crushed garlic gloves, a tablespoon of pomegranate molasses, 3 tablespoons of roughly chopped almonds, a handful of chopped fresh mint, salt, and freshly ground black pepper, and mix thoroughly. The purée can be garnished by some mint leaves or toasted pine kernels.

Khoresh with Lamb and Apricots

Chop 2 large onions finely and sweat them in a large pan until they are translucent. Add 1 tsp ground turmeric and 500g lamb shoulder cut into 2cm cubes, and brown in the oil. Now add 100g of washed red lentils and fry with the meat and the onions for another 5 minutes. At the end of this cooking time add 200g stoned and dried apricots cut into quarters, 5 crushed saffron threads soaked in a little warm water, a pinch of grated nutmeg, salt and black pepper. Pour 125ml boiling water into the pot and bring quickly back to the boil. Then reduce the heat, cover and simmer gently for 2 hours. At the end add a little hot water if the mixture seems to dry. Serve with plain yoghurt.

Peter Heine taught at the University of Münster and Bonn and until 2009 was Professor for Islamic Studies at the Humboldt-University in Berlin. He is author of The Culinary Crescent: A History of Middle Eastern Cuisine.