Convened by Dr Sussan Babaie, The Courtauld Institute of Art, University of London

From Agra to Aleppo, Bandar Abbas to Marseilles, Cairo to Canton, Goa to Zanzibar; peoples as diverse as Armenians, Chinese, Arabs, Persians and Europeans, traversed long distances along land and maritime trade routes moving art things and their attendant ideas, ideals, and technologies. The development of mercantile networks and global trade routes in the early modern period relied on the emergence of new institutional and cultural methods of exchange. The formulation of diverse collective ventures was organized through the Dutch, English and French East India companies and additionally by the establishment of a colonial presence in the New World by the Dutch and Portuguese, ensuring a territorial sphere of power and increased influence through trade. Material culture – including building ideas – connected aspirations towards prestigious foreign and exotic objects, new luxuries in manufactured textiles, inlaid metalwork, paper products, glazed ceramic and painted porcelain vessels.

The conference will include a literary event, a milestone on the road to the New Divan, the lyrical dialogue between East and West, which will culminate in the Gingko Conference in 2019, on the 200th anniversary of the publication of Johann Wolfgang von Goethe’s West-östlicher Divan.

The Barenboim-Said Akademie is a music academy in Berlin, which finds its roots in the spirit of the West-Eastern Divan Orchestra, an orchestra founded by the conductor and pianist Daniel Barenboim and Edward W. Said, the American-Palestinian literary theorist and public intellectual, in order to unite young Arab and Israeli musicians.

The Courtauld Institute of Art is the world’s leading centre for the study of art history, conservation and curating.

Gingko promotes dialogue with the Middle East, West Asia and North Africa.(Gingko Library, a registered charity in England and Wales, and the Stiftung-Gingko Library, Munich and Berlin)

The Multaka (Treffpunkt Museum – refugees as guides at the Museum für Islamische Kunst) project trains Syrian and Iraqi refugees as museum guides so that they can lead museum tours for Arabic-speaking refugees in their native language. ‘Multaqa’ (Arabic for meeting point) also aims to facilitate the interchange of diverse cultural and historical experiences.

The presentations and discussions will be live-streamed on Youtube and Facebook Live to reach the widest possible audience, who are invited to participate in the discussion via the Twitter handle ♯askGingko. 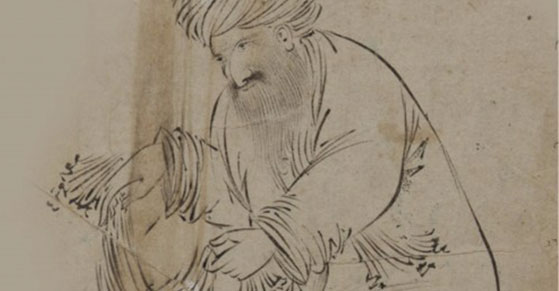 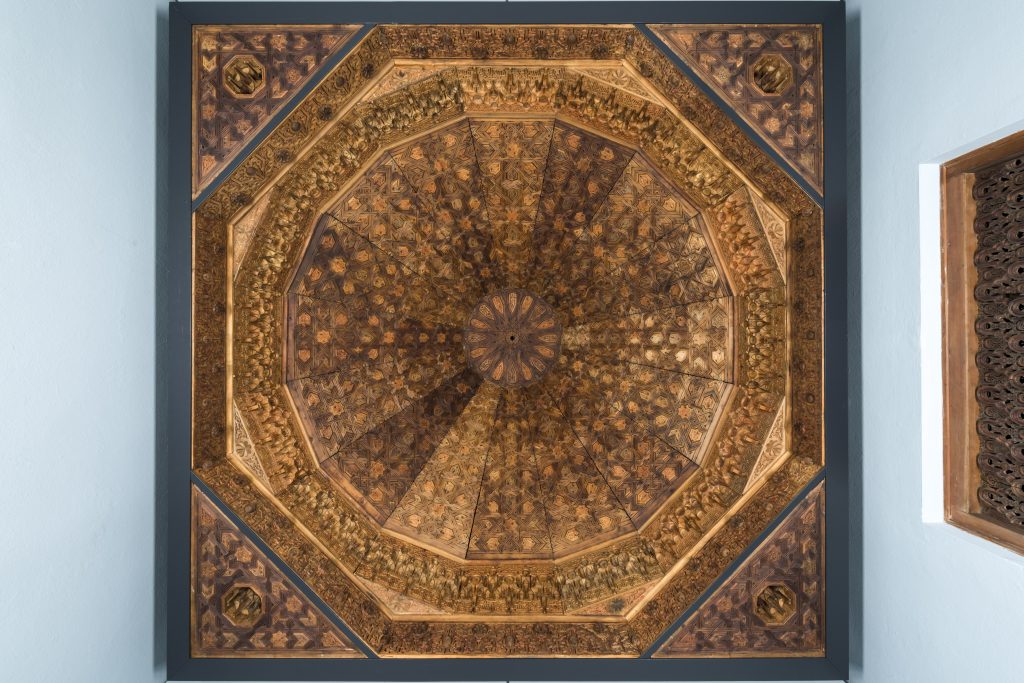 Following the Mercantile Effect Conference we will be releasing a series of podcasts from the lectures given in Berlin. The first concerns the magnificent Alhambra Cupola.

Listen to our podcast of Dr Anna McSweeney’s talk on the Alhambra Cupola, one of the jewels of the Museum fur Islamische Kunst in Berlin. The particular focus of her talk will be the poetry, which forms an integral part of this fourteenth-century wooden ceiling that once was part of the Alhambra palace in Granada, Spain.